Presentation Excellence: "Down, Out and Under Arrest: Policing and Everyday Life Among the Urban Poor" 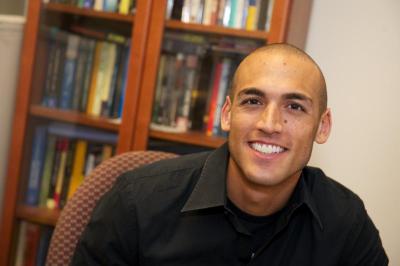 Forrest Stuart, PhD, an urban ethnographer and author of Down, Out, and Under Arrest: Policing and Everyday Life among the Urban Poor, explores the relationships between the police and the community within a Los Angeles neighborhood. Skid Row has a population of between 12,000 and 15,000, is predominantly black (75 percent) and is plagued by homelessness. Stuart’s ethnographic research illuminates the change in everyday behavior in response to an observed pattern of policing.

In 2006, Skid Row launched a Safer Cities initiative predicated on stop and frisk and heavily influenced by James Wilson’s and George Kelling’s Broken Windows Theory. The initiative called for the hiring of 100 additional officers and resulted in 9,000 arrests and 12,000 citations in a city of 12,000 to 15,000 residents. In the face of heavy policing, residents began to develop a conscious understanding and unspoken guide book to avoid police contact. This “guidebook” or shared logic is coined “Cop Wisdom” by Stuart.

“Cop Wisdom” refers to a new cognitive scheme for making police contact legible and predictable. In Skid Row, individuals are explicitly attempting to reinterpret their situations by putting themselves in the shoes of officers. By anticipating how these officers expect their targets to behave and changing personal behavior to avoid such, cop wisdom emerges. Social behavior, interactions and the perpetuation of poverty in Skid Row can be explained by Cop Wisdom and henceforth, police.

Police in Skid Row are known to flock to areas that are highly populated. As a result, many individuals have altered their daily routines in an attempt to intentionally avoid public spaces and strangers. This avoidance prevents the creation of disposable ties and accumulation of social capital. People walking without companions and timing walking routes (to limit length of waiting for a bus) are exemplary of ways “Cop Wisdom" manifests in the area.

It’s common knowledge how, when and who cops are most probable to patrol. In example, the first and the fifth day of each month, government checks are disbursed. It also during this time that police catch more drug dealings. This unspoken knowledge or pattern is understood by both residents and police. By lending a viewpoint to the lens of an officer, residents structure new social patterns that shy away from that of police targets. Residents may self-sequester in their homes, avoid conversations with strangers, or a number of things to avoid getting a ticket like someone they may know.

“Cop Wisdom” also entails regulating the innocence of others since one individual’s distraction, could result in the stop of many. This calls residents to police their appearance and behavior of the people around them. In an area where homelessness is rampant, loitering on sidewalks and curbs is a misdemeanor. In attempt to limit contact with police, residents themselves ascribe to the role of removing target behavior by forcing idle pedestrians to move.

Women in male-dominated urban areas are associated with drugs and prostitution and prioritized as target avoidance. This leads men to expel women and creates a hostile public gender order. The same concept applies with race in Skid Row. A group of black people accompanied by a white individual is seen as suspicious or target behavior and increases the likelihood of stop and frisk.

Cop-wise residents hear about interactions with police and figure out ways to steer clear of them. Cop behavior and the understanding of cop wisdom reshapes who and what residents of Skid Row come to view as a problem and create schemas for social behavior.

The collection of data and past experiences speaks to the notion of being wise in this understanding of potential social outcomes. Residents use the interactions in their life and lives of others around them to better understand potential strategies to avoid police contact. These strategies although useful have implications as well. Behaviors that in some cases are not inherently bad and practices that are questionable to police conflict, and battle for a space within the social organization of the urban Los Angeles community.

Increased social control in Skid Row entailed a number of unintended consequences and tells an important story about policing. In Skid Row, policing influences the culture and social dynamics of the community. Stuart’s work and presentation encourages sociologist and criminologist to rethink policing and its’ generative roles in shaping society.