“A Pound of Flesh: Monetary Sanctions as a Permanent Punishment for the Poor" 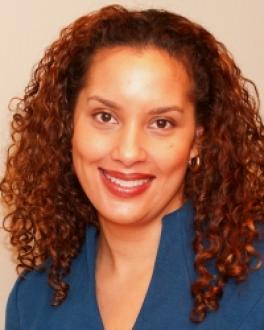 Alexes Harris, Professor of Sociology, University of Washington, examines how the American criminal justice system places unfair disadvantages on the poor. In her presentation, “A Permanent Punishment for the Poor,” she examines how monetary sanctions for criminal convictions become a permanent stain on a poor person’s life. Harris argues that monetary sanctions associated with criminal convictions have a dissproportionate impact on the most disadvantaged and result in an unofficial two-tier system of justice in America.

For her research, Harris examined monetary sanctions for criminal convictions in five counties in the state of Washington. Monetary sanctions consisted of restitution charges the felon had to pay his victim and the state’s “accounting costs” which included fines, fees and surcharges for criminal processing. Often the money defendant’s pay goes to the accounting fees of the state instead of the victim. Through a variety of methods including interviews with defendants, justices, clerks, prosecutors, defense attorneys and state representatives, Harris examined the reasons behind the distribution of monetary sanctions.

The monetary sanctions are substantial compared to the expected earnings of many of the former felons and lead to a reduction of family income and contribute to long-term debt. In addition to these consequences, all 50 states have severe penalties for not paying monetary sanctions. In many states a debtor cannot vote, hold public office, get their record sealed, receive clemency or pardons or serve on juries. There are also further monetary penalties, for 69 percent of states allow a penalty to be imposed for carrying a balance and 92 percent of states allow for incarceration for willful nonpayment.

Harris found wide variation in how counties implemented penalties, including the monetary amount of the sanctions, techniques to monitor legal debtors and interpretation of “willful nonpayment.” She attributed the differences to different county cultures, which consist of local norms, legal and non-legal case characteristics and county level resources. Additionally, Harris attributed the difference to the substantial amount of discretionary power that the clerks hold. The clerks are non-elected, street level bureaucrats whose official role is to be the legal enforcement of court orders. Harris found that the clerks had a large level of discretion to determine how much the defendants pay and that the clerks’ assessment of the defendant’s character influences the amount of the fines.

Harris observed the discourse in the court and concluded that monetary sanctions are more of symbolic way for former felons to be held accountable, show remorse and prove that they are doing better. Harris argues that all the money from monetary sanction should go to the victim and not to the state’s “accounting cost.” After her thorough examination Harris concluded that with the substantial accounting cost, monetary sanctions place unfair disadvantage on the poor which contributes to the unofficial two-tier system of justice in the United States. People poor and rich break the law, however the consequences of monetary sanctions create lasting strains on poor people diminishing even further their ability to lead “lawful” lives. It is important to note that Harris considers this issue as more of a class problem than a race problem. Four of the counties she studied had low levels of diversity and the majority of the people affected were white. As she reasoned, a rich black person would not have this stain versus a poor white person.

In conclusion, the monetary sanctions are a stratifying mechanism and keep already marginalized defendants as a distinct population with little chance of moving beyond their criminalized debtor status. Sanctions work to further stigmatize and marginalize defendants, and allow the state to perpetually surveillance and control them. Moreover, substantial sanctions are counterproductive. Research has shown that it is important for former felons to feel that they can be free of the criminal justice system but monetary sanctions make this freedom difficult to achieve. 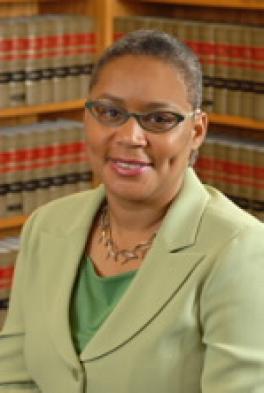 Brenda Smith, Professor of Law, American University Law School, is committed to addressing problems within the prison system, especially problems of gender inequality and sexual abuse. In her presentation, “Boys, Rape and Masculinity: Reclaiming Boys’ Narratives of Sexual Violence in Custody,” Smith noted the high rates of sexual misconduct by female staff members in the penal system. She uses these rates to explore the consequences of society’s traditional views of masculinity and femininity in prison.

Due to these findings, Smith pressed for the need to reconfigure our perceptions of prison rape and the traditional views of masculinity and femininity. Smith discussed how people are resistant to the ideas that females are sexually abusive, and that sex with a female could be traumatic for males. The lack of understanding lies in society’s perception of masculinity and femininity and their connection to sexual behavior.

Masculinity espouses the idea that men and boys always want sex, are more dominant than females in sexual interactions and cannot be traumatized by sex. Furthermore society is reluctant to recognize that psychological coercion can be employed by females to sexually victimize males. Femininity often diminishes the power women have to cause harm especially in sexual encounters. Female sexual predators in authoritative positions are often viewed more sympathetically than male predators. They are often characterized as mentally ill, have troubled marriages or that the boy or man in custody preyed upon them. They are often seen as victims in these scenarios. Smith argued that female sexual predators need to be seen as having agency, authority and are responsible for the harm they caused.

These inaccurate perceptions about gender can have severe consequences. For instance, there is a lack of resources, including proper therapeutic treatment, to help boys and men deal with sexual abuse they experienced. Trauma, especially untreated, results in problems. Victims lack the ability to label their harm, which can cause confusion, anger and shame and lead to higher risks of long-term consequences including anxiety, substance abuse, depression and suicide. The perceptions about gender act as a barrier to reforming the penal system to keep boys and men safe from sexual victimization. They enable the abuse to continue by making it difficult to prosecute female perpetrators.

More importantly, Smith argued that we are not creating a safe space to address female sexual aggression as well as male victimhood. She argued that feminist discourse needs to discuss females’ ability to do harm and to pay attention to issues, which affect men Smith also notes that for important penal reform on prison rape to occur, we need to also account for female power and male vulnerability. In the future, Smith wants to collect narratives of women sexual perpetrators to gain a theoretical understanding of how women are affected by their past and how they make sense of their sexual exploitation of male victims.