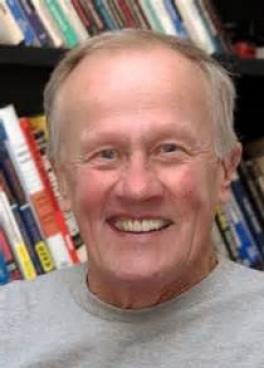 This past summer, the CJRC was saddened to learn of the passing of our friend and colleague, Professor Emeritus Rick Lundman. Lundman was an icon around the campus of Ohio State and was well respected and admired by both students and his colleagues locally and nationally. He received his PhD from University of Minnesota and was a faculty member in the Department of Sociology at Ohio State for 40 years. He recently retired in spring 2015.

Lundman was a widely respected criminologist whose research focused on deviant behavior and policing. Some of his most recent projects included studies of the ways in which gender, race/ethnicity, and age affect traffic ticket decisions by police; the factors that explain homicide clearances; and “assortative murdering” and, therefore, how gender, race/ethnicity, and age affect who murders and who gets murdered. Lundman highly valued his role as a teacher and his work in the classroom was essential to him. He was much beloved by the generations of students whose lives he shaped.

Lundman was very active in research, the classroom and in his efforts to remain fit. He enjoyed golfing, swimming, playing ball with his grand kids and particularly enjoyed spending time in the RPAC where he was selected the Rec Sports Star of the Month in August of 2013. His quick wit and sense of humor will be remembered. He enjoyed his time in the RPAC as he indicated in his own words “talking as much as exercising.”

Rick Lundman was a friend to all and stranger to no one. He will be sadly missed.