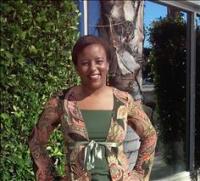 Annika Yvette Anderson is an Assistant Professor of Sociology at California State University, San Bernardino. Annika received her Ph.D. in Sociology from Washington State University in 2015. Her research interests are in criminology, social stratification, sexuality, social psychology, race and ethnic relations. However, her main research focus is on desistance and reentry. The paper that she will work on during the institute is entitled “Race/Ethnicity, Cognitive Transformation and Desistance from Crime.”

Barbara Harris Combs teaches Sociology and Criminal Justice at Clark Atlanta University in Atlanta, Georgia. She received her Ph.D. in Sociology with a concentration in race and urban studies from Georgia State University in 2010. She also holds a Juris Doctorate degree from Ohio State University and an MA in English from Xavier University (Ohio). She brings this interdisciplinary background to her study of society.  She is the author of From Selma to Montgomery: The Long March to Freedom, a book about the Selma campaign for voting rights. The book chronicles the marches, placing them in the context of the long Civil Rights Movement, and considers the legacy of the Voting Rights Act, drawing parallels with contemporary issues of enfranchisement. Her research focuses on the role place (as a geographical, social/cultural, and class construct) has on modern identity formation and human relations, especially race relations. The RDCJN project she is working on is a book proposal (tentatively called Blackout: Theorizing the Continuing Assault Against Black Bodies) where she examines recent cases of police and extrajudicial violence against black bodies.

Jamein Cunningham is a trained economist in the fields of Labor and Demography. His primary areas of research are in the economics of crime, law, and social capital. His research agenda studies the impact of historical structures and institutions during the 1960s and 1970s on the everyday lives of the indigent. Current projects include the examination of the federally funded legal aid, in particular focusing on access to social justice, economic justice, and federal aid for family support. Relatedly, his research agenda centers around the socio-economic issues of policing, police resources, and crime. Jamein is an Assistant Professor in the Economics Department at Portland State University. He completed his Ph.D in Economics at the University of Michigan where he was a Population Studies Center Graduate Trainee and the recipient of the Rackham Merit Fellowship and the Eunice Kennedy Shriver National Institute in Child Health and Development Fellowship. 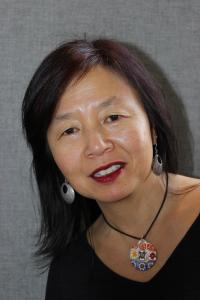 Mimi Kim’s research is in the area of social movements and community organizing with an emphasis on domestic violence and sexual assault in communities of color. She is a long-time anti-domestic violence advocate in Asian immigrant and refugee communities and remains active in the promotion of community organizing, community accountability and transformative justice approaches to violence intervention and prevention. Mimi's dissertation scholarship focuses on a historical analysis of the pursuit of criminalization as a dominant social movement strategy by the feminist anti-domestic violence movement in the U.S. She received her Ph.D. from the School of Social Welfare at the University of California, Berkeley and is currently Assistant Professor of Social Work at California State University, Long Beach. 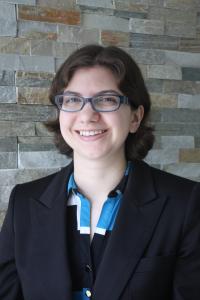 Vanessa Panfil is an assistant professor in the Department of Sociology and Criminal Justice at Old Dominion University. She joined ODU after completing a two-year postdoctoral appointment in the School of Criminal Justice at Rutgers University-Newark. She received her PhD from the School of Criminal Justice at the University at Albany and was the recipient of the University Distinguished Dissertation Award. Her work explores how intersections of gender and sexuality shape individuals’ experiences with gangs, crime, victimization, and the criminal and juvenile justice systems. She coedited, with Dana Peterson, Handbook of LGBT Communities, Crime, and Justice, and she is centrally involved in developing the emerging field of queer criminology. Her book, The Gang's All Queer: The Social Worlds and Identities of Gay Gang Members, is under contract with NYU Press. 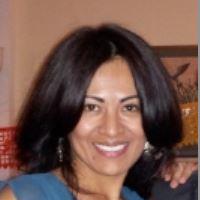 Gabriella Sanchez (Ph.D., Arizona State University) is a faculty member of the National Security Studies Institute at the University of Texas El Paso. She specializes in the study of the social organization of transnational criminal groups. Her work has primarily examined human smuggling and drug trafficking facilitators, their interactions with other criminal organizations and their decision making processes.  Prior to arriving at UTEP she was an assistant professor at The Catholic University of America in Washington DC, research fellow at Monash University’s Border Crossing Observatory in Melbourne, Australia, visiting lecturer at Wellesley College, and a Post-Doctoral Researcher at the University of Maryland's Consortium for the Study of Terrorism (START).  Dr. Sanchez was also the recipient of a US State Department Boren National Security Fellowship and is Fulbright scholar, opportunities that allowed her to conducted research on smuggling organizations in North Africa and the Middle East.

A socio-cultural anthropologist by training, Dr. Sanchez has completed extensive ethnographic research on smuggling and trafficking hubs in over 20 countries. Her book “Human Smuggling and Border Crossings” (Routledge, 2015) was the result of her work among human and drug smuggling facilitators on the US Mexico Border, and was a finalist of the International Association for the Study of Organized Crime 2015 Book of the Year Award. Her current project explores the triggers for market diversification among drug and human smuggling groups on the US Mexico Border, including the participation of minors as guides or carriers.  A former criminal investigator, she also has extensive experience as a consultant for US federal and state agencies and global NGOs. 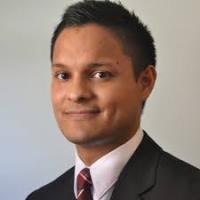 Robert Vargas is an urban sociologist at the University of Notre Dame. His research examines how politics and government policies shape the conditions of urban areas. His research has focused predominantly on urban violence and health care. His book "Wounded City" (Oxford University Press), describes how violence persists on a handful of blocks within Chicago as a result of conflict over political turf between the Democratic Party and independent political groups. The project brings a political framework for understanding the geographic concentration of violence in urban areas. Prior to Notre Dame, Robert was on the sociology department faculty at the University of Wisconsin-Madison, and was a Robert Wood Johnson Foundation Scholar in Health Policy at Harvard University.